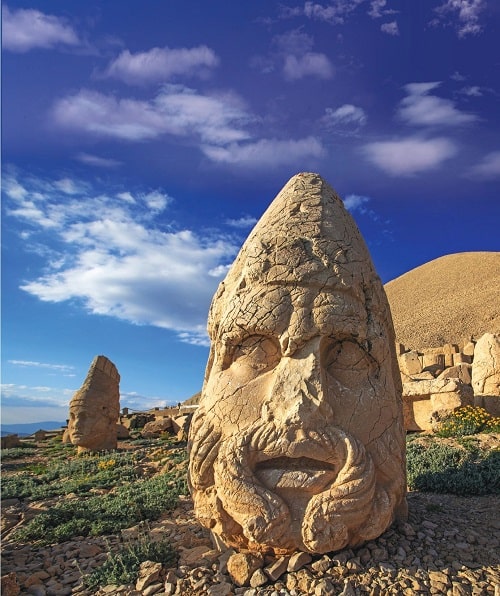 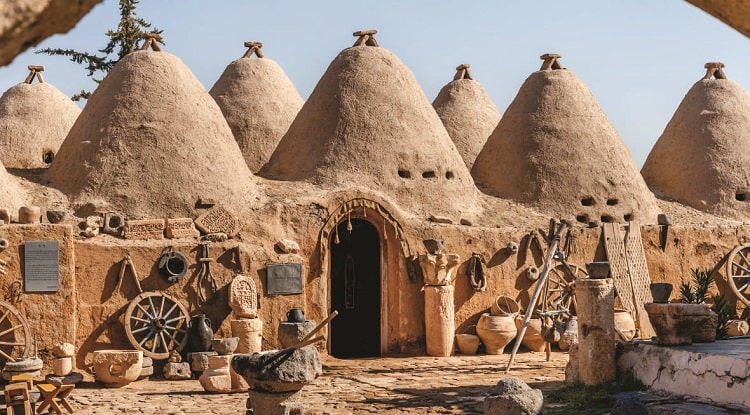 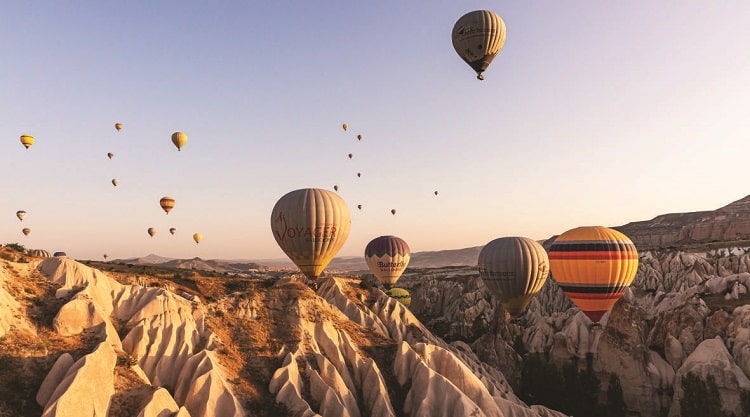 • Hotels subject to final confirmation. Should there be changes, customers will be offered similar accommodations as stated in this list.

• During major events, accommodation may be re-located to outside of the city or in another city without prior notice

HOME - ISTANBUL (Meals on Board)

Assemble at the airport and depart for Istanbul, the only city built on two continents: Asia and Europe.
Day 2

Upon arriving at Istanbul, connect to your dosmetic flight for Mardin. When you touch down, make your way to Dara Ancient City, a significant settlement of Mesopotamia that dates back to the 6th century whose ruins feature ancient rock tombs and rock structures spread over a vast area. The ancient city is also encircled by 4-km-long city walls. Next, drive to the Old Town of Mardin, well-known for its Arab-style architecture. Thereafter, visit the 800-year-old Grand Mosque to admire some basic architectural features from the Artuqid Period in the 12th century, along with its sliced dome and minaret which have become iconic to Mardin. Afterwards, visit Deyrulzafaran Monastery, an important Syriac Orthodox religious centre that takes its name from the saffron flower that was used in its construction. The Monastery was first built as the temple of the Sems - a group of people who worship the Sun, after the Romans left the region and the former castle was transformed.
Day 3

Our first stop is the ongoing archaeological site at Gobekli Tepe, the oldest known temple in the world recorded in the UNESCO World Heritage List that pre-dates Stonehenge by 6000 years. After lunch, visit the Pool of Abraham - it is believed by Muslims to be the location where Prophet Abraham was thrown into a fire by Nimrod. Prophet Abraham (or Ibrahim in Islam) is mentioned in three major religions - Christianity, Islam and Judaism. Then proceed to Sanliurfa's centuries-old Grand Bazaar to do some shopping.
Day 4

Begin our day with a trip to Harran to visit the famous Beehive Houses. This unique architectural tradition has existed for at least 3,000 years till today, and feature primitive, dome-like structures that resemble a termite colony when clustered together. Made entirely from mud or clay bricks, these buildings were designed as such to fence off heat and retain cool air, as well as withstand harsh weather elements. Then, continue to Adiyaman and head up to Mount Nemrut summit by minibus. Here, you'll be greeted by the fascinating sight of an extensive layout of rock structures surrounding the 50-metre-high, manmade burial mound of King Antiochus I, who reigned over the Kingdom of Commagene. This UNESCO World Heritage Site remains as one of the most ambitious constructions of the Hellenistic period to date.
Day 5

Embark on a drive to Halfeti, a special Turkish town on the east bank of the River Euphrates. Much of the city was submerged under water due to the construction of the Birecik Dam in the 1990s, and remnants of the Old Halfeti can be explored via a Boat Tour on the Euphrates River. Thereafter, we will carry on to Gaziantep to visit the Zeugma Mosaic Museum. Full-scale replica displays and various mosaics throughout the museum offer visitors a taste of the lifestyle, culture and beliefs of the people living during the bygone eras. Last but not least, drop by the Coppersmith Bazaar for a glimpse at the assortment of copper home products, handicrafts and spices on sale.
Day 6

Set off for Cappadocia this morning. Visit Kaymakli Underground City, the biggest and deepest underground settlement in the region that was once a hiding place for early Christians escaping Arabic persecutors. Tracing back to the 7th and 8th centures B.C., the Phrygians carved their living spaces into the soft volcanic rock to defend against foreign invasion. Subsequently, the subterranean city provided its inhabitants a safe haven during various turbulent times, before it was completely abandoned and then rediscovered. Our next stop of the day is Monks Valley (Pasabag), one of the most picturesque spots of Cappadocia. Bask in the extraordinary beauty of the fairy chimney rock formations dotting the surreal landscape, which were once rock-cut monasteries, churches, chapels, tunnels and mills used by monks and priests in seclusion. Finally, visit a Jewellery Centre to admire their handcrafted natural stones.
Day 7

This morning, you may consider going for a famous Turkey experience - a Hot Air Balloon Ride over the most extraordinary landscapes or a Jeep Safari Tour, at your own expense (subject to weather conditions). Then, kick-start your full day tour of Cappadocia with photos stops to gaze at Pigeon Valley and Uchisar Castle. Next, visit the famous ceramics factory in Cappadocia to watch how a pottery piece is produced, as the paintings on the ceramics are all by hand. When night falls, adjourn to a local restaurant for a captivating belly dance show.
Day 8

After breakfast, depart for Ankara, where you will stop for lunch. Thereafter, proceed to the UNESCO Heritage town of Safranbolu to explore its perfectly preserved Ottoman town. The glorious masterpiece of Kaymakamlar Museum is a classic Ottoman house that gives visitors an insight into the history, culture and traditions back inthe 19th century. Next, head up to the highest point of Hidirlik Hill, which overlooks the UNESCO World Heritage Site of Safranbolu Old Town, for a picturesque view. You can then check in at an old Ottoman mansion before enjoying some free time to explore the town on your own.
Day 9

After breakfast, make your way to Istanbul. Start off with a visit to Topkapi Palace, formerly the residence of the Ottoman sultans that is now transformed into a sprawling museum showcasing the imperial collections of the Ottoman Empire. You will then have some free time to wind down with a walk around the world's largest canopied market - the Grand Bazaar as you partake in some haggling for bargains at some 4,000 stalls hawking jewellery, pottery, spices, carpet, leather and more. Before going to your hotel, visit a leather factory where you get to enjoy a fashion show.
Day 10

Today, our first schedule is to undergo the requisite COVID-19 Test together as a group. Then, we shall continue our sightseeing tour of the 'imperial city' by visiting the Blue Mosque and Hagia Sophia - magnificent monuments dedicated to two major religions of the world peacefully standing side by side. Once a church and later a mosque, Hagia Sophia is an architectural beauty of significance for both the Byzantine and Ottoman Empires. The 17thcentury Blue Mosque is a historically important mosque famous for its stunning blue-tiled interior. Next, marvel at the Hippodrome of Constantinople, which was the centre of Byzantine civic life spanning political dramas to chariot races. Continue to Taksim Square, the city's main pedestrian boulevard that hosts a wide range of international shopping chains, restaurants, cafes and boutiques.
Day 11

ISTANBUL - HOME (Breakfast, Meals on Board)

Today, spend the day free at leisure to explore on your own. You may wish to consider an optional trip to the Egyptian Spice Bazaar and a cruise along the European and Asian shores of the Bosphorus. Thereafter, transfer to the airport for your flight home.
Day 12

We hope you enjoyed your trip with our company and we look forward to seeing you again for your next trip.
Suggested Excursions:
Additional activities that complement your holidays will be at your own discretion and is entirely optional. *Minimum group size may apply. • Hot Air Balloon Tour: USD 230 • Cappadocia Jeep Safari: USD 90 • Bosphorus Cruise + Spice Market: USD 65
Tipping Guideline: (based on 12D9N)
• USD 110 per person
Notes:
• A minimum group size of 10 passengers is required for a confirmed departure. • The sequence of the itinerary, flight schedules and hotels are subject to change without prior notice in the event of unforeseen circumstances.

Take the road less travelled in this exceptional adventure to the South-eastern Anatolia region of Turkey to unearth a crossroad of civilisations from past eras. 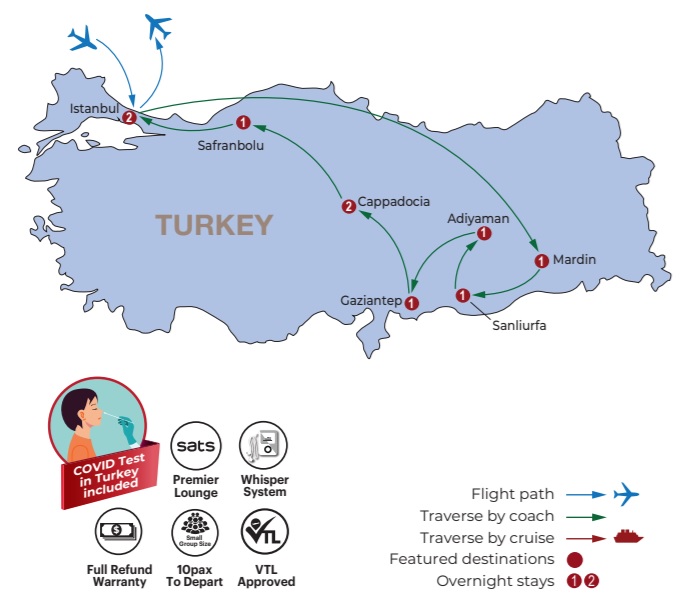 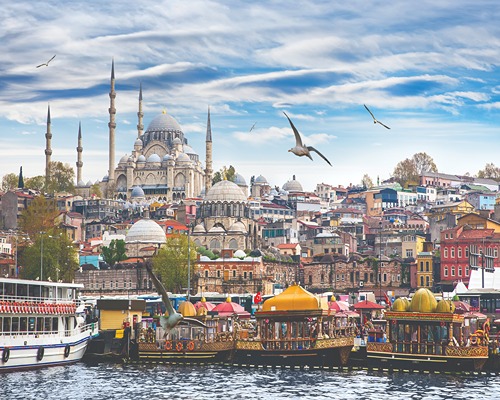 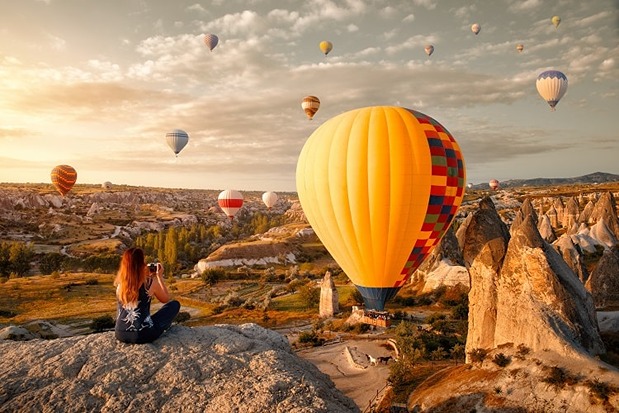 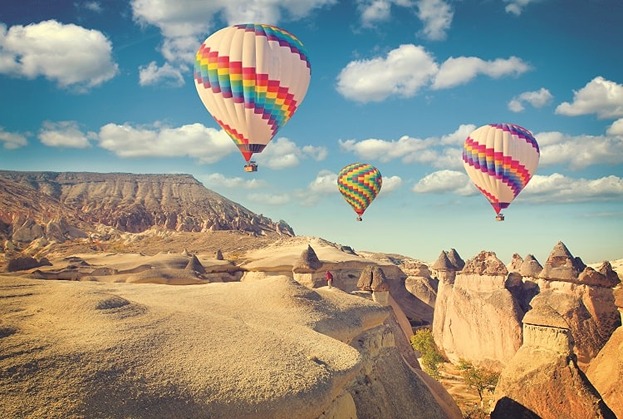 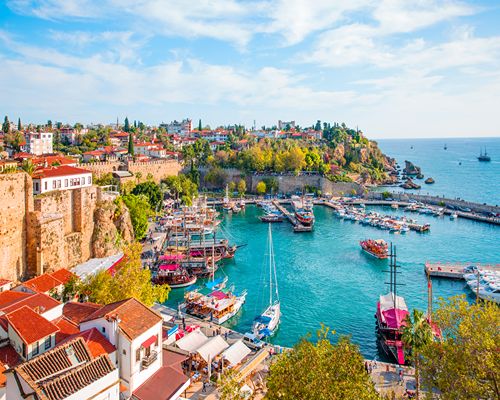