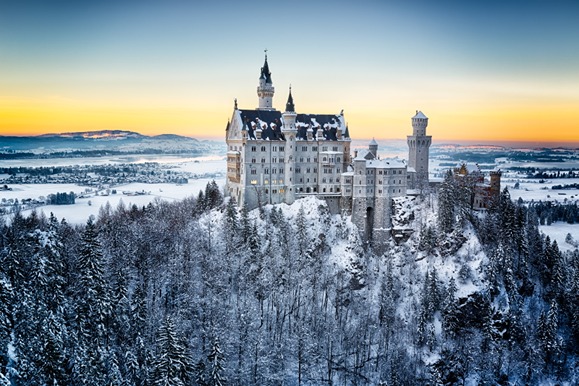 Don’t miss the Advent Christmas period from 22 Nov to 24 Dec, when you’ll find German Christmas markets in most of the old towns and cities.

* Note: Hotels subject to final confirmation. Shouldthere be changes, customers will be offered similar accommodations as stated in this list.

HOME - MUNICH (Meals on Board)

Assemble at the airport and depart for the capital of Bavaria - Munich.
DAY 2

Welcome to Munich! Your first stop is the famed Rothenburg ob der Tauber, a German town in northern Bavaria known for its medieval architecture. Walk along the half-timbered houses lined along the narrow, cobbled lanes of the Old Town, and the surrounding town walls boast well-preserved gate houses and towers with a covered walkway at the top. Next up is St. James Church, which is home to an intricate, late Gothic altarpiece by woodcarver Tilman Riemenschneider, while the Town Hall’s 52-metre-high tower affords visitors with spectacular views. Thereafter, proceed on an exploration of Nuremberg on foot. Be blown away at the first sight of the Imperial Castle of Nuremberg, one of the former residences of the Holy Roman Emperors which has been around for a thousand years. Then, move to Renaissance artist Albrecht Dürer’s House, before heading to the bustling square Hauptmarkt to find the imposing Frauenkirche and the gilded Schöner Brunnen fountain, which is said to grant a wish to those who turn the golden ring on the railings three times.
DAY 3

Embark on a bright and early drive to Dresden and enjoy a visual feast of art treasures, architectural sights and the arresting landscapes en route. Explore the city on foot as you tour its highlights such as the Church of Our Lady (Frauenkirche), Semper Opera House, The Zwinger and the Fürstenzug.
DAY 4

After breakfast, journey to Berlin for a discovery of the capital city with your city guide. See the beautiful Unter den Linden, an elegant boulevard in the heart of Berlin that connects to the Brandenburg Gate. Drop by the Reichstag Building, the seat of the German Parliament that reflects the tumultuous history of Germany, for some pictures. Then visit the famous East–West German border crossing Checkpoint Charlie, also a well-known setting for many spy thrillers and espionage novels. Finally, comes the main highlight of the tour – the Berlin Wall. Trail along the double row of cobblestones that form the symbolic boundary separating the democratic East Berlin and West Berlin.
DAY 5

Start the day on an exciting note as you go on a shopping spree at Designer Outlet Berlin, an outdoor shopping outlet where you can find 84 brands, such as Karl Lagerfeld, Adidas, Michael Kors, Boss, Armani Exchange, New Balance, and more at discounts of up to 60% off their usual prices. Thereafter, you may wish to join an optional excursion to Potsdam, known as the ancient capital to the Kingdom of Prussia (1701-1918). Is it any wonder that the city is filled with rich history, magnificent architecture, elegant gardens and grand palaces and churches? Optional: Potsdam
DAY 6

After breakfast, drive to Germany’s Gateway to the World – Hamburg, where the country’s biggest port is situated in. Begin right in the heart of the city at the stunning Rathaus building, from where you can easily get to the ornate Alsterarkaden, a Venetian-style shopping arcade famed for its impressive architecture. Next, head to the iconic St. Michael’s Church for a picture stop before taking a short walk to Reeperbahn, the famous street in the heart of St. Pauli packed with entertainment spots like theatres, art galleries, trendy nightclubs and bars.
DAY 7

This morning, make your way to Bremen, a beautiful ancient merchant city where the gentle river Weser flows through, also home to the Brothers Grimm’s short story ‘’Town Musicians of Bremen’’. Take a jaunt through Bremen Market Square with its Gothic architecture and admire the Town Hall as well as St. Peter’s Cathedral Bremen. End the day with a drive to Cologne, the fourth largest city in Germany and economic capital of the Rhineland, to rest for the night.
DAY 8

Embark on a tour of Cologne – take time to admire the detailed façade of the Cologne Cathedral, the largest Gothic church in Northern Europe with its 157-metre-high twin towers. Then enjoy a stroll to the Old Town to find the Rathaus, the oldest city hall building in Germany that is still in use today, before you arrive at the Great St. Martin Church. Thereafter, take a trip to Heidelberg and embark on an orientation tour of this picturesque city, well-known for its romantic landscape with the towering Heidelberg Castle in the background. Wander through the charming alleys and squares of the Old Town and immerse yourself in the unique ambience surrounded by history. You’ll soon find yourself at the traffic-free main street Hauptstrasse, which is bursting at the seams with cafes and restaurants as well as renowned branded stores and small boutiques.
DAY 9

After a hearty breakfast, set off to the enchanting Black Forest Region and attend a cuckoo clock making demonstration in Titisee-Neustadt, before enjoying some free time strolling along Lake Titisee all while admiring the gorgeous scenery overlooking the sparkling waters. Enjoy a very authentic Pork Knuckle lunch and sample the famous Black Forest Cake as your after-meal dessert. Spend the night in Füssen.
DAY 10

After breakfast, drive to view the exterior of the Neuschwanstein Castle, one of the most popular palaces and castles in Europe. The biggest draw of Neuschwanstein is that it was built as a place of retreat for King Ludwig II, and transformed into a medieval dream world filled with all of his longing and ideals. Afterwards, you may wish to join an optional excursion to Zugspitze, the highest mountain in Germany at 2,962m (9,718 ft) above sea level. It lies south of the town of Garmisch-Partenkirchen, and the Austria-Germany border runs over its western summit. Ascend up to its peak by cable car for some stunning alpine views. Make the journey to Munich and retire for the night. Optional: Mt. Zugspitze
DAY 11

Our first schedule of the day is to undergo the requisite PCR test together as a group. Thereafter, you’ll have some free time to head downtown for some shopping, before we explore the central square Marienplatz, where the Neues Rathaus stands and the Altes Rathaus and Spielzeugmuseum just a stone’s throw away. Following that, you may wish to join an optional excursion to Ingolstadt Village, an outdoor shopping outlet where you can enjoy discounts of up to 60% off at more than 110 designer boutiques such as Armani, Coach, Furla, G-Star, Prada, Tod’s, and many more. Tonight, you’ll get to enjoy a Pork Knuckle dinner with beer at the famous Hofbräuhaus with some live music accompaniment as a wonderful close to the journey. Optional: Ingolstadt Village
DAY 12

MUNICH - SINGAPORE (Breakfast, Meals on Board)

Enjoy the rest of the day at leisure till it is time to transfer to the airport for your flight home.
DAY 13

We hope you enjoyed your vacation with EU Holidays and we look forward to seeing you again for your next trip.
SUGGESTED EXCURSIONS
• Potsdam: €60 • Mt. Zugspitze: €130 • Ingolstadt Village: €30
Tipping Guideline: (based on 13D10N)
€104 per person NOTE: • A minimum group size of 10 passengers is required for a confirmed departure. • The sequence of the itinerary, flight schedules and hotels are subject to change without prior notice in the event of unforeseen circumstances. • Activities are subject to weather conditions. • During major events, accommodation may be relocated to outside of the city or in another city without prior notice.

Encounter beautiful cities dripping with history and medieval villages that are pretty as a picture in this sweeping exploration of Germany’s classic gems. 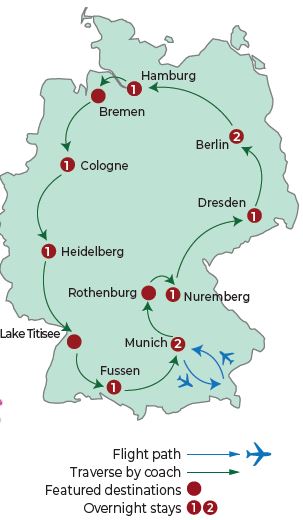 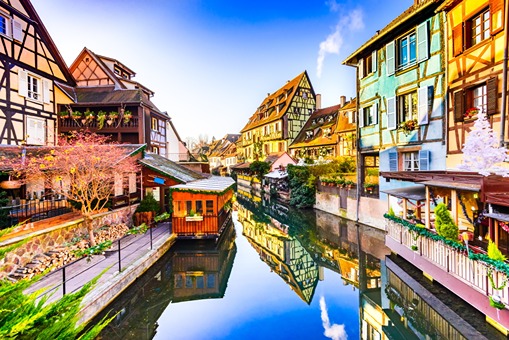