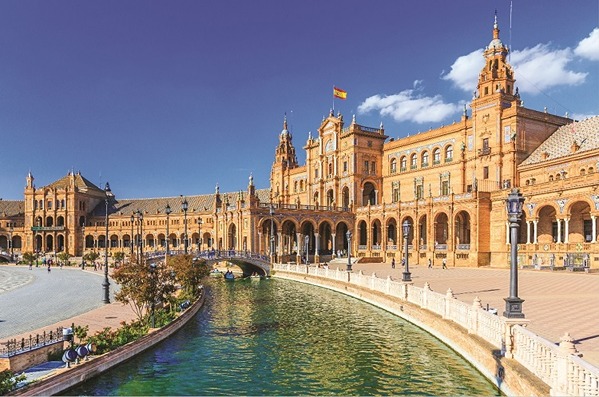 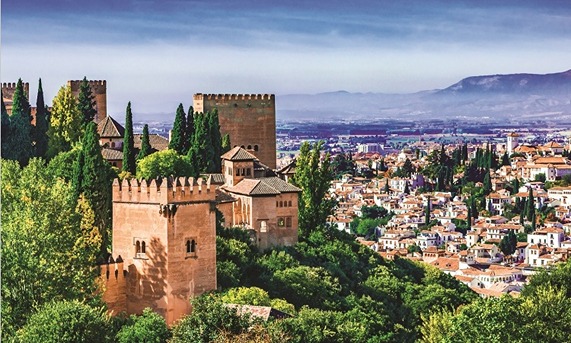 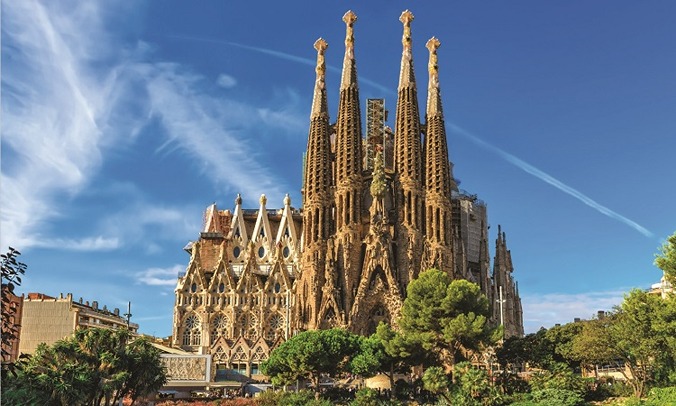 BARCELONA (Meals on Board, Dinner – Spanish Tapas with Cava)

Start your day with an exploration of Barcelona, the cosmopolitan capital of Spain’s Catalonia region. Take in the full splendour of the city on a sightseeing tour of the lauded art noveau-style buildings such as Casa Batlló and Casa Milà along the elegant Passeig de Gràcia avenue. Enter the statuesque La Sagrada Familia church to view the stunning interior. Marvel at the towering Columbus Monument and the impressive Monumental Bullring before heading up to Montjuïc Hill for a spectacular vista of the city and its harbour. Then, make your way to Las Ramblas, a tree-lined pedestrian mall that stretches 1.2km along the street in central Barcelona. Tonight, dig into your dinner spread of traditional Spanish Tapas, which also include Jamon, a dry-cured ham produced locally. Round up the night with some Cava, a sparkling wine that originates from Catalonia, Spain!
Day 3

After breakfast, browse the bespoke boutiques of the sophiscated shopping destination at La Roca Village, a stylish and spacious complex offering luxurious designer brands at discounted retail prices. Next, enjoy the rest of the day at leisure as you wander Barcelona on your own, or you may wish to consider an optional trip to Montserrat. A centre of pilgrimage that is famous amongst the Catholics, it boasts a range of serrated mountains that peak at an impressive height of 1,236 metres. The mountain of Montserrat is home to Catalonia's holiest site, an 11th-century Benedictine monastery whose basilica houses the La Moreneta, the patron saint of Catalonia. Note: La Roca Village visit may be subject to change without prior notice in the event of unforeseen circumstances. (e.g. public holidays and Sundays)
Day 4

the Mediterranean Sea to drop by Peñiscola, also known as the City within the sea. Check out the striking Templar Castle encircled by formidable medieval walls and surrounded by lapping waters. With the area inextricably linked to the sea, you can look forward to a scrumptious Seafood Lunch! After lunch, depart for Valencia and go on a sightseeing tour of the city, where you can admire the unique Gothic exterior of the Valencia Cathedral, and take photos of the imposing Torres de Serranos, which was built along the old city walls to defend the city. Tonight, tuck into some delicious Seafood Paella, a rice dish originating from Valencia, paired with some white wine.
Day 5

Today, proceed to Granada, a city in southern Spain's Andalusia region, and embark on a city tour with a local guide. Visit the Alhambra Palace, a UNESCO World Heritage Site where varying transformations come about as the light and water create different decorative effects on the special clay walls. Continue on to the Generalife Gardens, which used to belong to former Arab kings, where you'll be awestruck by the lush greenery landscape and sprinkling fountains. Spend the night in Granada. Note: Due to the new regulations of the Alhambra Palace, in the event that we are unable to visit, we will reimburse S$80 EU Voucher to each pax.
Day 6

Today, meander around the squares and alleys in the Historic Centre of Córdoba and proceed to enter the grand Mosque-Cathedral of Córdoba also known as the Mezquita Mosque. It has remained as an impressive artistic achievement of its time for its sheer size and height of its ceilings. En route to Madrid, we will drive towards Campo de Criptana, famous for the towering white windmills found on a flat hill above town and also between houses. We will wander down from the hill to capture some pretty shots with the mills before going into the village below with charming blue and white houses. Tonight, you will savour the Cochinillo Asado, otherwise known as Roasted Suckling Pig. We will be dining in Botin Restaurant, a famous restaurant with a spot in the Guinness World Records, for their oven that had been burning continuously for 296 years! This traditional icon and their Spanish specialties is a highlight that you can’t miss!
DAY 9

After breakfast, we will undergo the requisite Covid-19 Pre-Departure Test together as a group. Then, embark on a guided city tour and take in sights of the Royal Palace and the Cibeles Fountain, one of Madrid’s most prominent symbols. Then, drive past Santiago Bernabéu Stadium – home to the Real Madrid football club, Puerta del Sol and Plaza Mayor for a fleeting glimpse into the heart of Madrid culture. Finally, make a trip to El Corte Inglés, the biggest department store group in Europe for your shopping fix. You will be welcomed with a VIP Rewards Card with tapas and wine. If time permits, you may wish to consider an optional trip to Toledo, also known as the city of three cultures - Arabic, Christian and Jewish; as well as a UNESCO World Heritage Site. Admire the impressive Toledo Cathedral, a sacred site that houses important masterpieces such as a stunning baroque high altar and two El Greco paintings.
Day 10

Today, head towards Zaragoza, where you will find the Moorish Aljafería Palace, a Roman forum, avant-garde bridges, a museum dedicated to the great Spanish artist Francisco de Goya, and of course, tapas in the district of El Tubo. Enjoy some time exploring this city before we move back to Barcelona for your departure flight the next day.
DAY 11 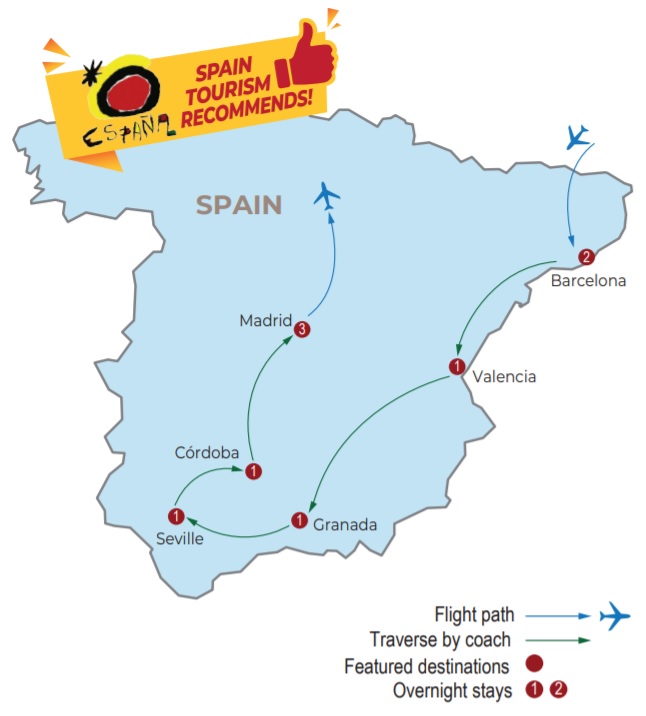 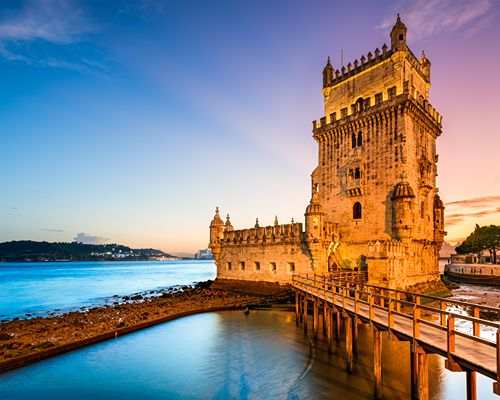 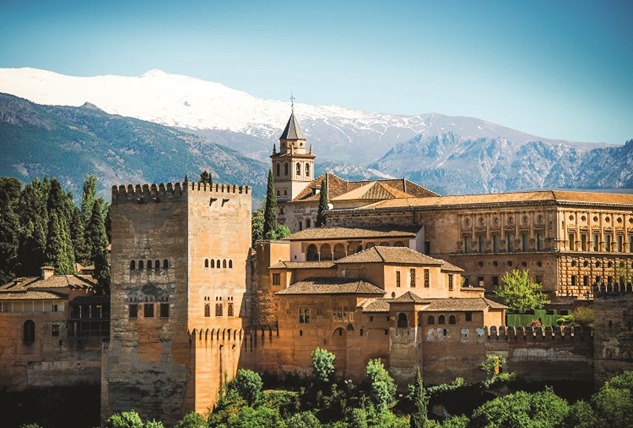 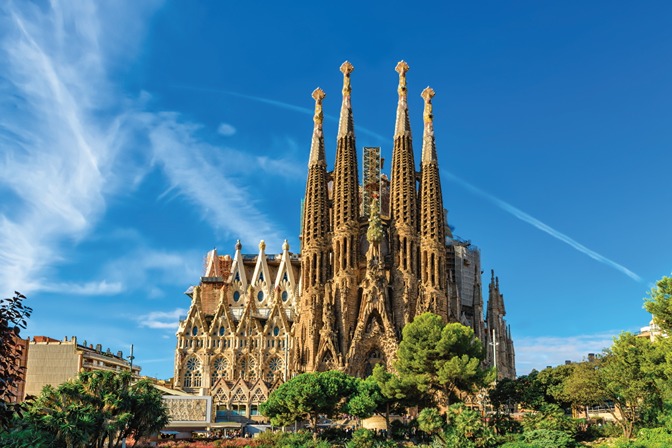