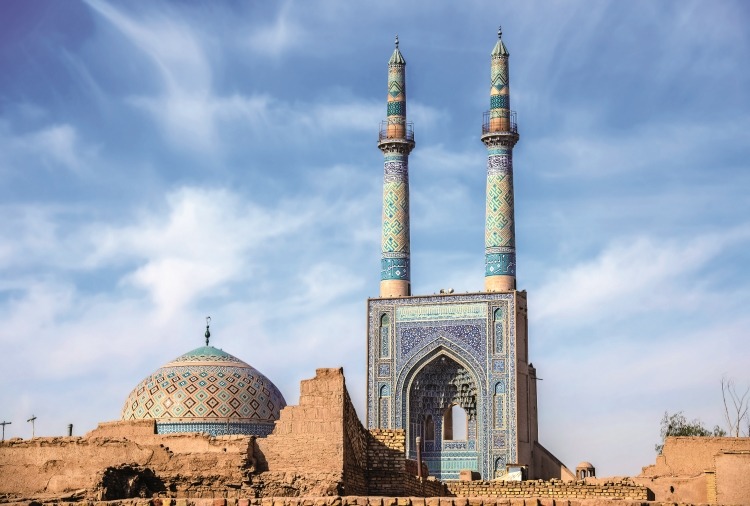 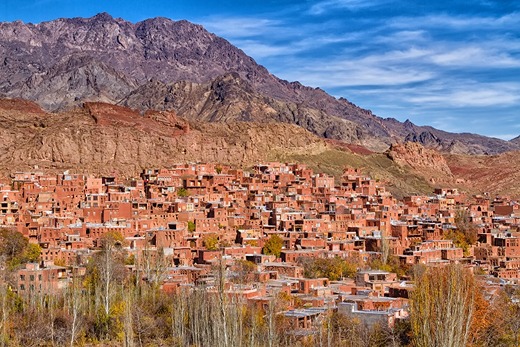 *Note: Hotels subject to final confirmation. Should there be changes, customers will be offered similar accommodations as stated in this list.

Assemble at the airport and depart for Shiraz, one of the oldest cities of ancient Persia.
Day 2

Upon arriving in Shiraz, set off to explore the city's highlights. Visit the Karim Khan Citadel and make your way to the Vakil Bazaar to visit the mosque, view an impressive traditional teahouse and check out the converted bathhouse of Hamman-e Vakil. Then visit Eram Garden, one of the most beautiful and monumental gardens of Iran that’s also a UNESCO World Heritage Site. Continue on to visit the Mausoleum of Hafez, the great 15th-century Shirazi Poet to learn about his ideas about life and love. Next, head towards Shah Cheragh Shrine, a mosque with a bulbous Shirazi dome and dazzling Venetian mirror works to learn about the Shia Muslim beliefs. Transfer back to your hotel to rest for the night.
Day 3

This morning, visit Nasir al-Mulk Mosque, also known as the Pink Mosque. Early morning is the best time to visit the mosque, when the sun reflects the colours of the rainbow through its stained glass onto the floor and walls. Thereafter, head to the UNESCO Site of Persepolis, the former centre of the Persian Empire. Next, proceed to Naqsh-e-Rostam, the massive rock-cut ancient tombs of the powerful Persian Kings since 1,000 BC.
Day 4

Travel to the region of Kerman, home to the villages of Rayen and Mahan, both medieval cities steeped in history. En route, you will visit Maharloo Lake, a seasonal salt lake that is well known for its pinkish-red hue due to the high concentration of pink-coloured algae. Then, visit the ruins of Sassanid Palace at Sarvestan, a splendid structure dominating an immense, empty plain. Along the way, stop in Sirjan to see the Chopoghi Wind Tower, a traditional Iranian architectural element typically seen on the roofs of old houses.
Day 5

After breakfast, head to Mahan visit the famous Shazdeh Garden, a UNESCO Persian Garden that boasts a rectangular green oasis surrounded by brown desert and the Shah Nematollah Vali Shrine, dedicated to one of Iran's revered mystics and poets. Drive to Shahdad Desert to admire its magnificent landscapes of sand hills and Kaluts. Upon arriving in the desert, embark on a 4WD ride through the sands and before returning back to camp at the end of the day. Spend your night at a Shahdad camp for a once-in-a-lifetime experience beneath the shimmering night sky of the desert.
Day 6

Get up early to witness the beautiful sunrise, then tuck into a hearty Persian breakfast before embarking on a 5-hour drive along the desert road to the next city, Yazd. Make a short stop at Zein-o-din Caravanserai, an old inn dating back to the 16th century that is situated on the ancient Silk Road. Upon arriving in Yazd, visit its architectural centrepiece located in the heart of the city, the Amir Chakhmaq Complex.
Day 7

Kick-off the day with a half-day city tour in Yazd, where you’ll be given an insight into the lifestyle, beliefs and traditions of the Zoroastrians, Muslims and the desert people. Visit the Towers of Silence, an ancient type of structure used for funerary purposes by the Zoroastrians; and the Fire Temple, where a sacred fire has been kept burning for more than 1500 years. The tour continues with a visit to Jameh Mosque of Yazd and Fahadan Neighborhood, one of Yazd’s oldest neighbourhoods. Last but not least, depart for Isfahan, the jewel of ancient Persia.
Day 8

Begin with a city tour of Isfahan, where you’ll first explore the UNESCO World Heritage Site Naqsh-e Jahan Square, which was built in the 16th century with a span of 89,600 square metres, making it the second largest square in the world. Here, you will also see Ali Qapu Palace on the west side; Sheikh Lotfollah Mosque at the east which is known for its intricate tiling; and the Shah (Iman) Mosque standing on the south side. After that, enjoy some free time at the bazaar and be entertained by the symphony of coppersmiths and horsebells. Pay a visit to a Carpet Weaving Workshop to learn how a Persian carpet is woven, before continuing with the tour to Vank Cathedral and the Armenian corner in the New Jolfa district. Thereafter, proceed to the picturesque historical bridges of Sio-Se Pol and Pol-e Khaju, which allows pedestrians to cross the famous Zayande river.
Day 9

Depart for Abyaneh, also known as the Red Village, one of the oldest historical villages with red mud brick houses situated at the foot of the Karkas Mountain. Next, proceed to Kashan. Enjoy the verdant natural landscapes in Fin Garden, the oldest surviving Persian Garden in Iran that was once a Hamman complex for the nobility. Then, visit the historical Boroujerdi’s House for a glimpse of its beautiful and stunning architecture before heading to Tehran. As night falls, enjoy dinner with a local family for a first-hand experience of the Iranian lifestyle.
Day 10

This morning, admire the blend of Persian and Western architectural styles in the lavish Golestan Palace, which once served as the royal residence in the 19th century. Next, make your way to the National Museum, the largest museum in the country and home to vast archaeological and art collections. Take a photo stop at Azadi Tower, the former symbol of Tehran with a unique construction featuring traditional and modern architecture. Thereafter, transfer to the airport for your flight back home.
DAY 11

We hope you enjoyed your vacation with EU Holidays and we look forward to seeing you again for your next trip.
Tipping + Porterage Guideline: (based on 11D8N)
• USD110 per person
Suggested Excursions:
Additional activities that complement your holidays will be at your own discretion and is entirely optional. *minimum group size may apply. • ATV Ride (30mins): USD25 • Camel Ride (15mins): USD15
Note:
• A minimum group size of 15 passengers is required for a confirmed departure. • The sequence of the itinerary, flight schedules and hotels are subject to change without prior notice in the event of unforeseen circumstances. • Iran is a country exclusion under the sanctions notice, it will not be able cover under international travel insurance policy. However, insurance will be covered during the tour in Iran.** • Visa is required to Islamic Republic of Iran. 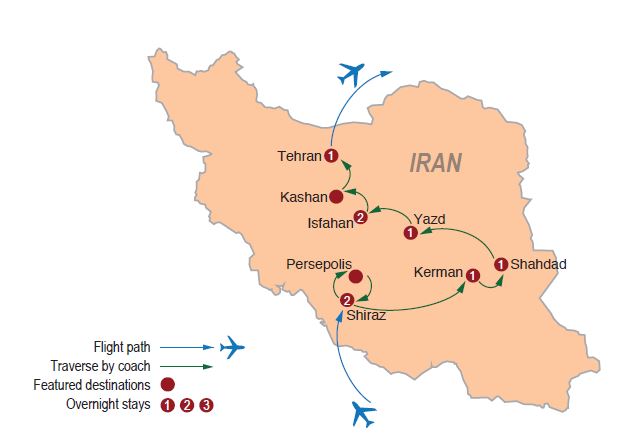 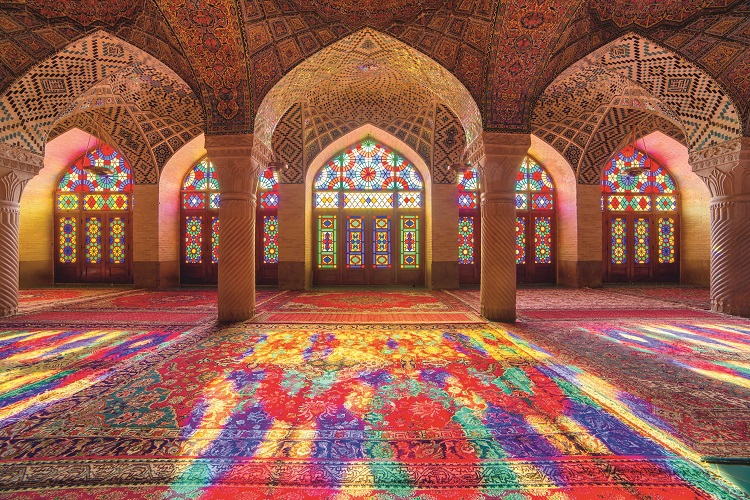